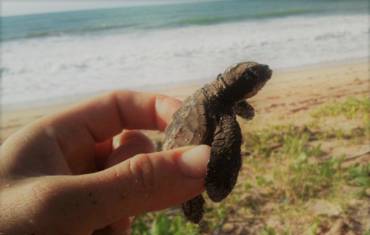 Our partner-NGO Biota successfully concluded another sea turtles hatchling season. Yesterday they organised the last public hatchling release this year. In total more than 100* nests were registered and the births of more than 10 thousand* of sea turtles were accompanied during this season. The nesting and hatching season starts in December and lasts till 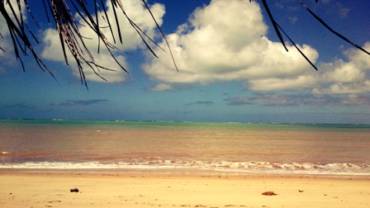 While ordinary tourists seek relief from the heat at the waters of Ponta Verde and Pajuçara beaches leaving those beaches immensely crowded on weekends and holidays, our volunteers enjoy the calm and clean beaches of the northern coast of Maceió. “Litoral Norte” (engl. Northern coast) offers a great variety of beautiful beaches with palm trees 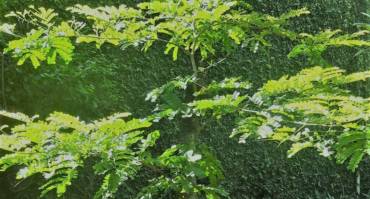 Where does the name Brazil come from?

Everything has its origins. The name of our beloved country “Brazil” is not an exception. Have you ever thought what does it mean or where does it come from? If not, get ready for the surprise: Brazil is probably the only country which name comes from the tree! The name is shortened from Portuguese “Terra 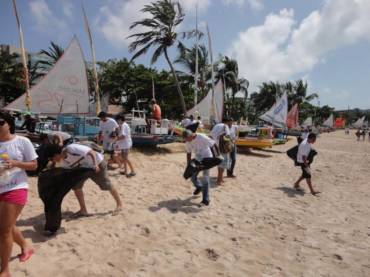 Special Action on the Coastal Cleanup Day in Maceió Brazil

The beautiful beaches of our beloved Maceió and the whole Brazil are getting more and more polluted, more and more animals are found dead on the coast. Beaches, seas and lakes become the final destination of the majority of the wastes produced by humans which causes the animals to die eating the rubbish. To attract

“Brazil has the potential and capacity to develop its energy matrix, keeping it clean, but decreasing the share of hydroelectricity and increasing the share of solar, wind and biomass,” said Maria Cecilia Wey de Brito, CEO of WWF-Brazil, in an interview on SOS Juruena Campaign´s new video launched by WWF-Brazil last June. The testimony strengthens the defense of protected areas, such as the Juruena National Park (AM / TM), which are threatened by the construction of dams.

The new video proposes arguments that take into account all the complexity that exists in building a dam in a given area. “We are working towards an energy plan that considers the environmental, economic, and social complexity in a balanced way for that region. There are alternatives in the search for clean energy sources, of low carbon and that reduce environmental impacts,” she said.

The President of the Chico Mendes Institute for Biodiversity Conservation (ICMBio), Roberto Vizentin, is another expert who appears in the video. In his speech, he stressed the need to “elect spaces that cause reduced social and environmental impacts. The potential that the Amazon represents, we have to reinvent the logic of growth, and ensure that it is obtained under a sustainable basis,” he declared.

Currently, the Federal Government is considering the possibility of building two dams within the Juruena National Park. If built, hydroelectric reservoirs alone would flood about 40 acres in the Park, in State Parks Igarapés Juruena and Sucunduri, and in the Indigenous lands Apiaká, Escondido and Pontal.

The dams also affect the survival of 42 endangered animal species, or species that exist only in that region, in addition to all the rapids of the Rio Juruena, preventing vital ecological processes for migrating fish, for example.

To warn society about the issue, WWF-Brazil released the SOS Juruena Campaign, which provides a petition requesting support from the Brazilian and world population, together, to pressure the government not to allow the construction of dams within the Juruena National Park and to ensure this conservation unit remains intact.

To this date, more than 20,000 supporters from Brazil and several other countries have already signed the document and protested against the construction of the project.

You can also help our campaign. In addition to signing our petition, you can distribute it on your social networks and tell your family and friends to sign it.